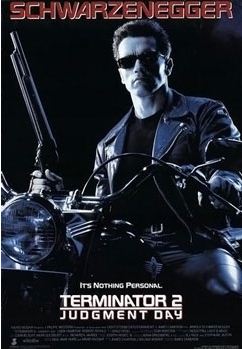 Why you should see it? END_OF_DOCUMENT_TOKEN_TO_BE_REPLACED

Movies are the stories of heroes. A.F.I. define a “hero”  as a character(s) who prevails in extreme circumstances and dramatizes a sense of morality, courage and purpose. Though they may be ambiguous or flawed, they often sacrifice themselves to show humanity at its best.

But I like to compare films  I like with Joseph Campbell’s fundamental structure of the monomyth (a hero’s journey); an obviously his character (No joking, I had a note book full of post its about it). Campbell saids “A hero ventures forth from the world of common day into a region of supernatural wonder: fabulous forces are there encountered and a decisive victory is won: the hero comes back from this mysterious adventure with the power to bestow boons on his fellow man”. If you think about this and good films are full about it, you see power can be The Force or simply Love. Every hero had a journey and I chose my favorite ones.

Why he’s a great hero: Han Solo doesn’t seem like a hero or even a good guy, but when he gets stuck with a “magical” beens trying to save the world, he comes through with the task.

Most Heroic Moment: Leave the safety of the base to rescue Luke from freezing or leading the attack to the shields in endor.

Why she’s a great hero: First let me said Something I definitely prefer the TV (a.k.a. Sarah Michell Gellar); but the Buffy in the movie is not that bad. She is a hero because she responds to this magical call, leaving behind her ordinary life to fight vampires and saves her school, and in top of it she have to keep it a secret.

Heroic moment: Sacrifice prom (and her horrible dress) to fight the master.

Why he’s a great Hero: He step out of his comfort zone to challenge the status quo in sport manage to look for the well being of few.

Heroic moment: Jerry stands next to Rod Tidwell when is injure and never give up until fulfill his promise.

Why he’s a great hero: He goes again the town and their beliefs to prove that everyone are equal, that everyone deserve a chance, and justice

Why he’s a great hero: He leaves his belove solitude to befriend (secretly) with Gen and Scout Finch and to help them to be more tolerant, also to save them.

Heroic moment: When he save Scout and Gem from Eldwell’s revenge.

Why he’s a great hero: Because he faces his greatest fear and make and unwilling journey to find his son.

Heroic moment: All the movie

Why he’s a great hero: He for sure have an unusual journey. He also found the “magical” help for an unusual character, he take what it comes and deal with it until he achieve his power the biggest of all … Freedom.

Heroic moment: When he challenge the warden for some beer for the other prisoners.

Why he’s a great hero: He is very comfortable as neutral party in a occupied Casablanca. But behind this tough exterior he is a softy, he will help the girl and his husband to get the money to runaway and keep paying his employees when the bar had been close. But when Elsa came back to his life he will turn his life to be a hero of the resistance.

Heroic moment: Trick Elsa to get into the plane with Lazlo and to kill the Nazi who try to stop them.

2. Thelma and Louis – Thelma an Louise

Why they are great heroes: Because they are engage in a trip to unknown in order to obtein the ultime power, independance.

Heroic moment: Jump out off the cliff instead to let the police to get them

Well, he’s for sure the ultimate  hero. He and his movies had everything, action, adventure, “magic”, mystery and of course he is incredible handsome. He make different journeys true his movies to achieve knowledge. The whole movie are full of heroic actions.

I’m Coco Solari, I have a degree in Audiovisual communication and studies in scriptwriting. I love films more than anything; my life turn around them. I eat, live and dream films. I decide to create list kind of what the AFI but according to me and my experience.

My first list was 100 children movies. I created this list with some of my favorite movies I saw when I was growing up and some of the movies I enjoy to share with the kids I work with. My Current list is 100 movies to watch before you die, which don't have any specific order just how I remember them.